In the Long Run

As someone who grew up in the '70's, the songs of the Eagles are as familiar as my own memories. That's why I found it both thrilling and disorienting to hear those songs of heartbreak and hope, disillusionment and dissipation performed live on stage by Glenn Frey, Don Henley, Joe Walsh and Timothy B. Schmit (along with a boatload of supporting players, including a very nice horn section) at the Hollywood Bowl. 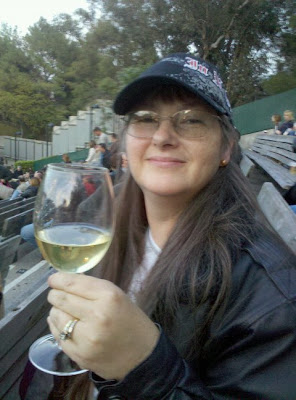 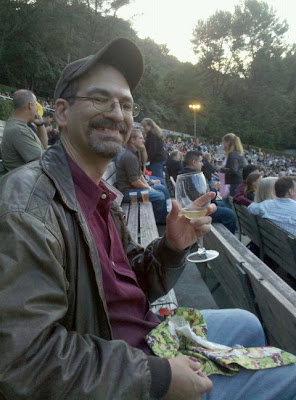 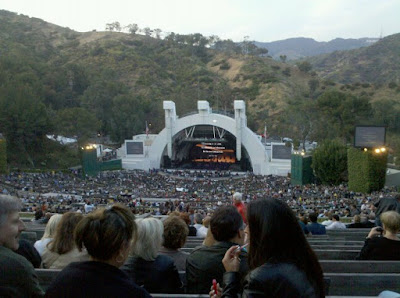 I'm pleased to say that the gentlement put on a great show. Even though we were up in the nosebleed seats (as the photos show), and some distance even from the huge screens along the sides of the venue, we still had plenty to see. Whoever put the tour together took full advantage of the screen at the back of the shell, along with modern hi-def computer projectors, and put on some dazzling graphics that filled the entire shell. 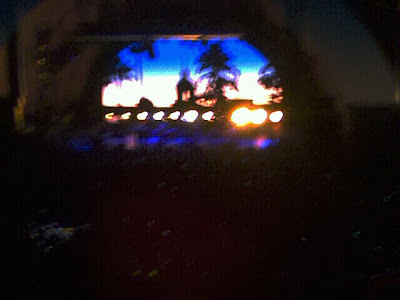 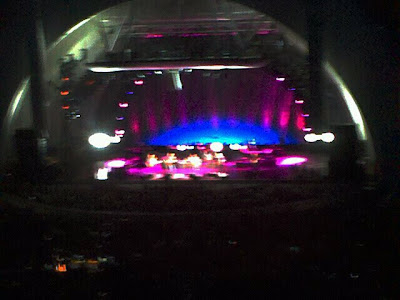 The most impressive use of graphics was for Don Henley's number, "Dirty Laundry." A montage of up-to-the-minute TV footage of Tiger Woods, Octomom, Fox News, Dr. Phil, and various tabloids demonstrated that Henley's 27-year-old attack on the media was as timely as ever.

The band itself was tight (except when circumstances called for them to be loose -- as in Joe Walsh's deliberately-sloppy vocals during "Life's Been Good"). In defiance of the traditional criticism of aging rockers -- that the voice is the first thing to go -- the band started the show with the nearly a capella "Seven Bridges Road"; then, later in the show, they did another a capella piece from their current album. Their harmonies sounded as tight and sweet as they did in the '70's. And while the band performed some songs sitting down, they did not lack for energy. Walsh, in particular, duck-walked and ran around the stage as he ripped his famous chords from his guitar.

The audience certainly showed the lasting appeal of the band's music; it ranged from sixty somethings (in the same age range as the band members) to teenagers. The kids did not appear to have been dragged along; they rocked out to "Witchy Woman," "All She Wants to Do Is Dance," and "In The City" just like their elders.

Email ThisBlogThis!Share to TwitterShare to FacebookShare to Pinterest
Labels: The Eagles

If the Beatles and the Eagles would have merged, they be the Beagles