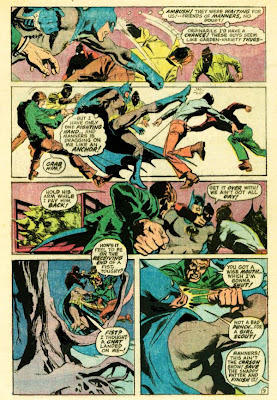 
Dick Giordano was a comics artist and editor who played a huge part in the Silver and Bronze ages of comics.  He was the editor at Charlton who masterminded Charlton's superhero line in the late '60's, which indirectly led to the '80's pastiche of those heroes, WATCHMEN.  He did tons of promotional and comics art for DC in the '60's, '70's and '80's, and was editor in chief of the DC line from the mid-80's through the early '90's.  I will remember him best as a superb inker over other artists' pencils, particularly in his collaborations with Neal Adams on Batman and other characters.
Blogged with the Flock Browser
Posted by Danny Barer at 3/28/2010 01:54:00 PM