An Animated Film Fit for Princes 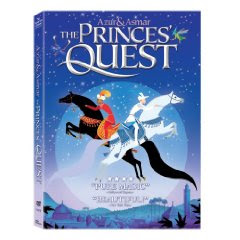 We first encountered the artwork for Michel Ocelot's animated film "Azur et Asmar" in the hallways of the Studio Ghibli Museum during our 2007 visit. One hall featured images and backgrounds from the movie as murals. That should give you an idea of the artistic accomplishment of this animated film. 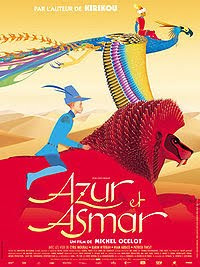 The computer-animated movie features flat, stiff character animation (a consequence of the storybook-come-to-life look of the movie), but the colors and imagery are lush and unlike any animated film I've seen before. And although the multicultural story, set in Renaissance-era France and North Africa, follows a fairytale formula, it manages to confound expectations at every turn.

American kids may find the storytelling slow, and the many portions in Arabic (with subtitles) frustrating. But it is definitely worth watching (and likely owning, for repeated viewings).