In Roy Lichtenstein's painting "Image Duplicator," he copied (in part) a Jack Kirby panel from the first issue of the X-Men comic, depicting a close-up of Magneto's eyes. 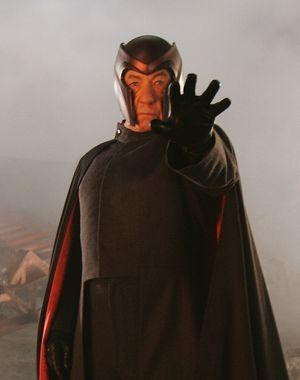 And the billboard for the upcoming TV remake of "The Prisoner," currently situated at the corner of Pico and Sepulveda in West Los Angeles, features a close-up of -- Ian McKellen's eyes.