And in July 2011, the movie Marvel cognescenti would expect following the release of flicks starring Iron Man, the Hulk, Thor, and Captain America: THE AVENGERS. 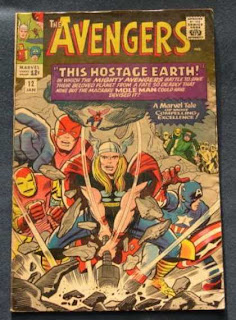 No word yet on the oddball project Marvel announced along with IRON MAN and THE HULK at the 2006 San Diego Comic-Con: ANT MAN.