Shadow of the Atom 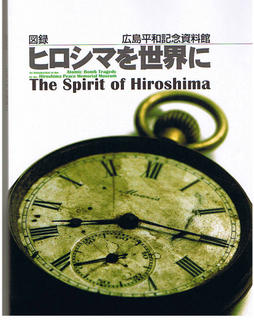 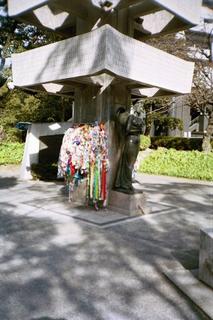 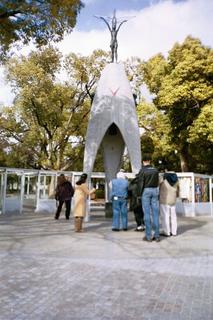 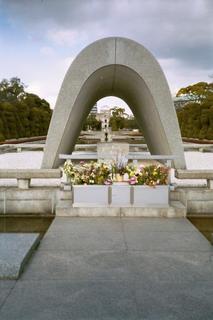 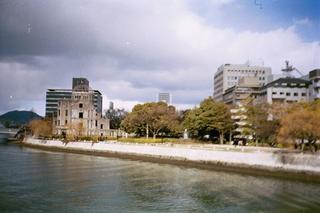 Sixty years ago today, the Enola Gay dropped the first of the only two atomic bombs ever dropped on an enemy in war -- and the military-port city of Hiroshima essentially evaporated.

Last year, Amy and I visited Hiroshima as part of our tour of Japan. We visited the Peace Museum (see the cover of the catalogue above), and Amy took these photos of the Peace Memorial Park. Hiroshima today is a beautiful city -- in part because there are almost no buildings that are more than sixty years old.

Perhaps the most sobering part of the Peace Memorial in Hiroshima is the cenotaph maintained listing the names of the victims of the bomb (fourth from the top). Every year, as survivors succumb to radiation-related diseases, the cenotaph is opened and more names are added.

Our generation may tend to think of World War II as something that happened in a far-off, more innocent time of technicolor and black-and-white. But the thought that kept occurring to me while in Hiroshima was that every Japanese person we met over the age of 60 was living in Japan when it was at war with the US.

Unfortunately, neither World War II nor its predecessor turned out to be the "war to end all wars." As we live in an era that remains beset by numerous wars around the globe, we must always remember the devastation of Hiroshima. Beyond all the debates of whether destroying this city by the river was necessary, it cannot be denied that the destruction was the bitter fruit of a bitter war -- and that decisions can have consequences that last forever.
Posted by Danny Barer at 8/06/2005 09:35:00 AM

Indeed. A sad and monumental event that we should never, ever forget.

Oddly enough, we happened to be in JapanTown Center in San Francisco on that day, and an A-Bomb memorial was going on. We sat in on it. The whole place was decorated and there were those "wish trees" (I forget the Japanese name of it) -- you know, where you write your wishes/hopes/dreams/whatever on a piece of paper and hang it from a tree. All the trees in JapanTown Center and the mall encompassing it were so decorated. I have some pictures which I'll post as soon as I can after we get home.

Yep, my back is in the same picture. I put my back into my pictures.