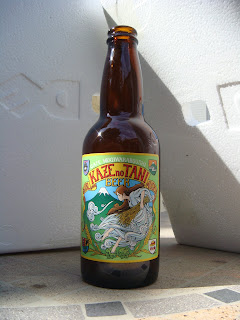 While bicycling around Culver City this morning, enjoying the splash of sunshine before the oncoming rainstorms, I had further thoughts about NAUSICAA IN THE VALLEY OF THE WIND, which I posted about below.
NAUSICAA is a rich enough movie that one can watch it several times, and each time come away with something different. On this viewing, what struck me was one of the recurring themes in Hayao Miyazaki's movies: cleaning up your own mess -- or, as one of the characters in SPIRITED AWAY puts it, "Finish[ing] what you started." In NAUSICAA, "your mess" is interpreted broadly; and various characters are involved in cleaning up messes their clan, their nation, or even their fellow species created. Ultimately, (spoiler warning) the engine that drives the plot is the Earth's millennia - long attempt to clean up the mess humanity made of the world -- an attempt that, it is quite likely, mankind will not survive.
A subsidiary theme in NAUSICAA is atonement: realizing you did something wrong to someone, and working to make up for it. That's another iteration of cleaning up your mess. And again, the concept is applied on a collective scale. Characters are constantly apologizing for what they, their countrymen, their fellow humans, or their swarm did. A further subtheme is bringing about atonement as a form of diplomacy. Nausicaa does this often: She sacrifices her physical well-being to aggressors, so that they will feel bad about what they've done, abandon their aggression, and devote their energies to atonement instead. This works with some (those with the innate goodness to realize they've screwed up) and not with others (those so convinced they're doing the right thing that they won't be swayed).
I can't help but compare this with GEDO SENKAI (and again, spoiler warnings are appropriate). The movie begins with the main character, a prince, savagely killing his father -- committing both patricide and regicide. This act is never fully explained in the movie. Yet the goal of his character arc is his forgiveness of himself for this act!! This is the opposite of atonement; it is seeking sanctuary after committing a crime. It is an ultimately unsatisfying resolution of the story, because fundamentally an unexplained crime requires atonement, not forgiveness.
I've only read the first of Ursula LeGuin's EARTHSEA books, the source material for GEDO SENKAI, so I can't address based on personal knowledge the degree to which this unbalance originates in the adapted material. But LeGuin herself has commented that it originates with the adaptors. She has also, however, conveyed the comments of a correspondent from Japan that the movie has found an audience with those who seek to forgive themselves for unexplainable sins, real or imagined. Which still leaves the question: When is self-forgiveness deserved? And when is the proper response atonement?

Oh, and the beer bottle? They sold this beer at the Ghibli Museum's outdoor cafe. "Kaze No Tani" means "Valley of the Wind." Apparently, atonement gives one a mighty thirst.
Posted by Danny Barer at 2/02/2008 01:10:00 PM