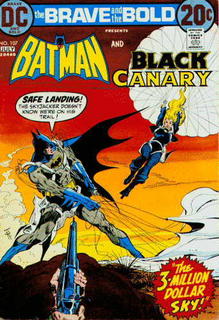 Prominent DC Comics artist Jim Aparo passed away today. He is one of the few comics artists to have steady runs drawing various DC titles in the '60's, '70's, 80's, and '90's. His dynamic art style was heavily influenced by Milton Caniff, but had a flair all its own. In addition to illustrating the adventures of Aquaman, the Phantom Stranger, and (in a series of very macabre stories) the Spectre, Aparo drew the Batman team-up comic "The Brave and the Bold" from the early '70's into the early '80's, and then drew its successor, "Batman and the Outsiders" -- along with runs on other Batman comics.