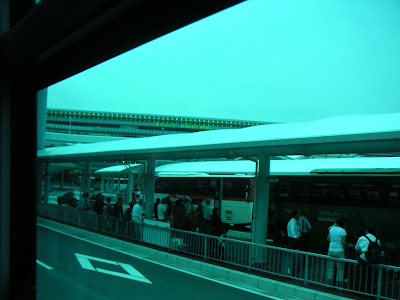 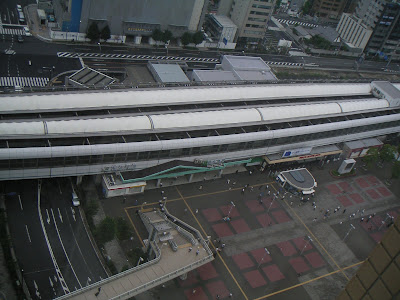 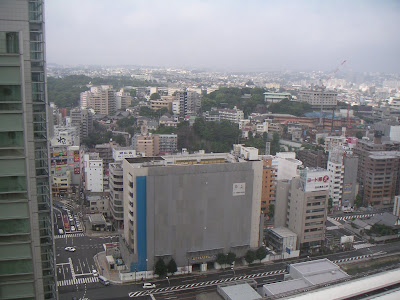 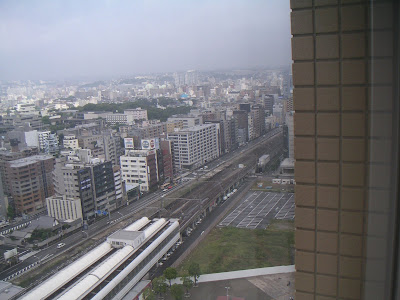 I awoke at 6 am on Tuesday; and by the time the sun set it was around 11:00 p.m. Pacific time; and, at my destination -- Japan -- 5 pm on Wednesday. Now, here we are in beautiful downtown Yokohama, getting ready for the first day of Worldcon 2007.

We went on a JAL flight our travel agency arranged; and there were several LA area fans and pros on the plane with us -- including the couple that sat next to us in the center aisle of the 747.

Amy slept for a good deal of the flight. I, as usual, had trouble sleeping on a plane; so by the time I hit the sack at the Sakuragicho Washington Hotel in Yokohama I had been up 23 hours.

The trip went fairly smoothly. The only complications were finding the counter at which the cell phones we were to rent were reserved (it was at the other end of the Narita Airport terminal from where we were); and a cab driver in Yokohama who took us to the Washington Hotel instead of the Sakuragicho Washington Hotel. (Fortunately, my meager Japanese was up to the task; "chigao," "wrong" or "different," is a good word to know.)