And Stuffing is Half the Battle 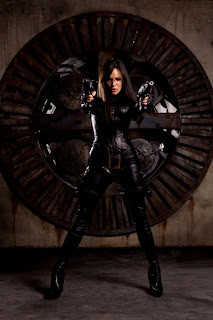 When I collected G.I. Joes as a kid, I can honestly say that I had no idea that 35 years later a director like Stephen Sommers would be making a live-action G.I. Joe movie -- nor even the wildest speculation that he would require an actress like Sienna Miller to wear some, er, extra body armor while portraying one of the Joes' nemeses, the bespectacled Baroness. 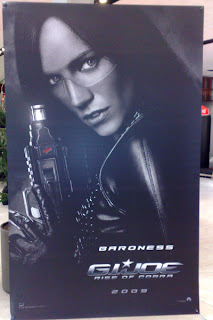 "They gave me these things that looked like chicken fillets," confessed the "mildly offended" actress.